Summit on Women and Families

AAPI population in Arizona has doubled in the last 10 years, far outpacing the growth in community-based services. State and local agencies and service providers struggle to serve (or in most cases bypass) this small, culturally diverse multi-lingual population.

Traditional gateway communities (like Chinatowns) have not developed in Arizona resulting in a non-existent or nascent civil society. Philanthropic investment in community-based services for Arizona’s AAPI community is almost non-existent. The AAPI community lacks the infrastructure or faces steep barriers to accessing government funding.

It is a very diverse and dispersed community with a non-existent or nascent civil society. The rapid growth in population has far outpaced the growth in community-based services. AAPI community needs are regularly bypassed by mainstream providers who struggle to serve this culturally diverse multi-lingual population.

AAPI women experience unique labor issues and challenges. Women are often caregivers who are not recognized as part of the workforce or afforded the same worker rights and protections. Spouses of H1B Visa holders, oftentimes women, are unable to work as H4 visa holders. 47% of miscellaneous personal appearance workers (estheticians, nail technicians, and shampooers) in Arizona are Asian American and face unique obstacles and hazards in that industry. A disproportionate number of AAPI women participate in the informal economy which is work that contributes to the economy without the ability to document their work history. This impacts family unity.

Issues include intimate partner violence (IPV) and familial violence, financial control, document and movement control. AAPI women experience the greatest risks because of language and cultural barriers, a lack of safe places and resources, and a structural inability to access legal remedies and culturally competent care and shelter/counseling services.

Gender-based violence in AAPI communities is underreported due to cultural and familial stigma. AAPI gender-based violence rates increase in certain communities when the data is further disaggregated. Linguistic and cultural barriers exist in accessing services from agencies, interaction with other shelter residents, law enforcement, and within the court system. AAPI women face deportation and having their children removed if they report the abuse. Arizona’s immigration laws create an additional sense of isolation for AAPI women in domestic abuse situations. The spouses of those with H-1B visas do not have the same recourse that other immigrant women married to permanent residents or citizens under VAWA.

In 2008 and 2009, a report of health services utilization by AA communities in Arizona showed underutilization of preventive services across socioeconomic statuses and among limited English proficient community members. October 2009 phone interviews conducted in the Chinese community found that 23% of more recent arrivals to the US lacked health care coverage. The rates were 37% in the Korean community.

A Language Access Assessment of Federally Qualified Health Centers in Arizona conducted by the Arizona Health Disparities Center, Arizona Department of Health Services found that 33% of the health centers consistently informed patients of their legal rights to request a medical interpreter at no cost. Less than 30% reported that they had received training on CLAS standards and other national best practices in providing culturally and linguistically appropriate health care and only 17.2% reported that they had received training on federal and state language-access laws. Over a fifth of the respondents reported a patient’s minor child (under age 18) was their number one choice for interpretative services.

The objectives for this summit were to deepen our collective understanding of the issues and challenges faced by AAPI women and families in Arizona; identify resources and programs available to address these issues; and provide an opportunity for community leaders along with federal, state, and local partner agencies to develop innovative approaches to addressing the needs of AAPI communities in Arizona.

The summit builds upon our Strong Women Healthy Family forums where community members came together in a shared learning environment for networking and collaboration. These forums were made possible with the generous support of the Arizona Asian Pacific American Women Giving Circle. We learned from each other that healthy families enabled communities to flourish and how to better support AAPI women and families. 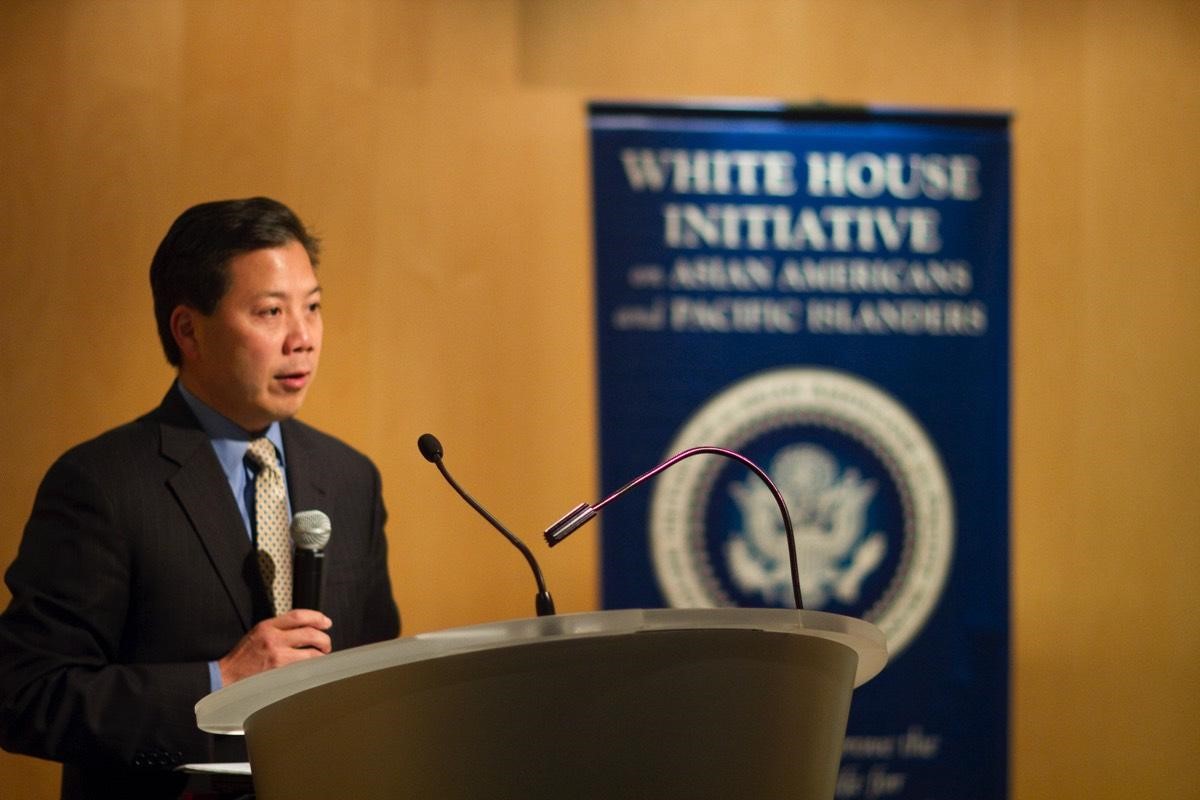 Christopher P. Lu was sworn in as the Deputy Secretary of the Department of Labor on April 4, 2014, after being confirmed unanimously by the U.S. Senate. He serves as the chief operating officer of a 17,000-employee organization that works to create greater opportunities for all Americans.

As one of the highest-ranking Asian Americans in the Obama Administration, Deputy Secretary Lu was also the Co-chair of the White House Initiative on Asian Americans and Pacific Islanders.

Deputy Secretary Lu’s government experience includes 8 years working for Rep. Henry Waxman as the Deputy Chief Counsel of the House Oversight and Government Reform Committee and serving as a law clerk for Judge Robert E. Cowen on the U.S. Court of Appeals for the Third Circuit. He began his legal career as a litigation attorney at Sidley Austin in Washington, D.C.

“There are still disparities within the Asian American and Pacific Islander community, and we need to ensure that everyone has a chance to achieve the American Dream.” 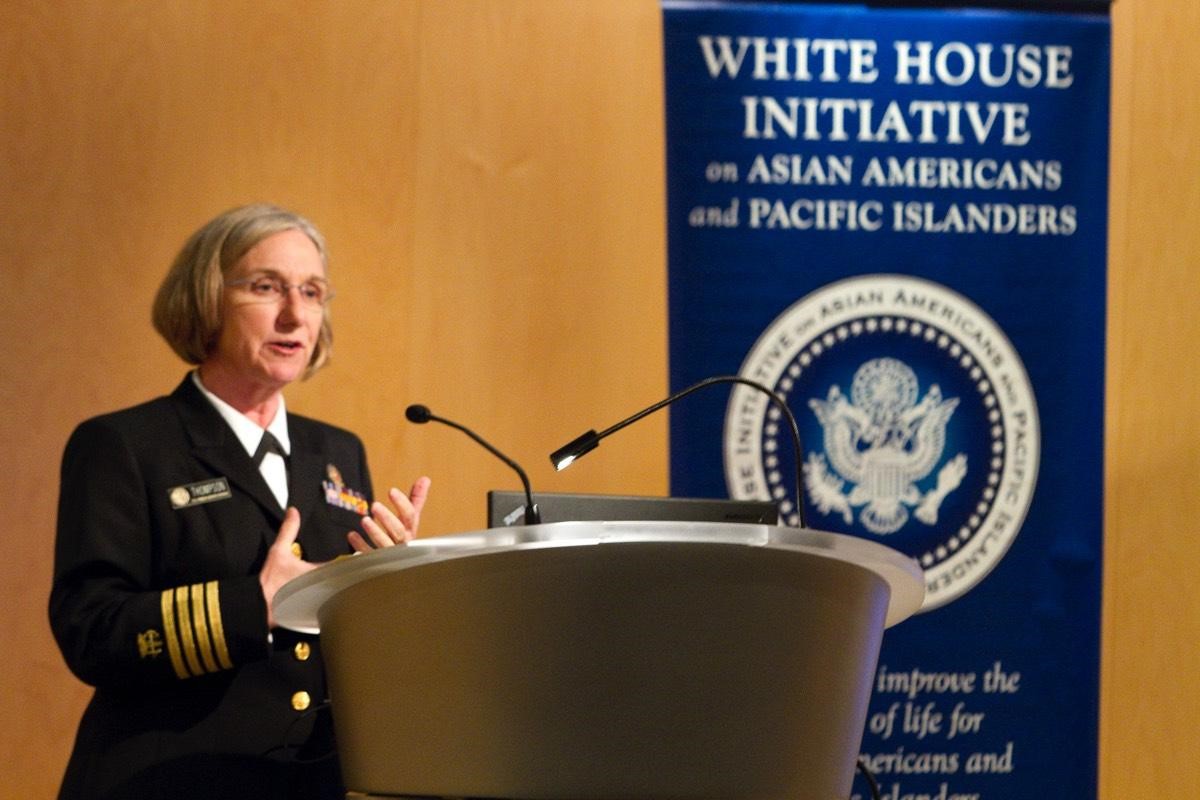 Betsy L. Thompson, MD, DrPH, is the Acting Regional Health Administrator for the Office of the Assistant Secretary for Health in Region IX and a Captain in the U.S. Public Health Service. Dr. Thompson has considerable experience in multiple facets of the health field. She has worked as a clinician in underserved areas; a medical epidemiologist, a health services researcher and Branch Chief for the Centers for Disease Control and Prevention; Chief Medical Director for a health plan; and Chief Medical Officer for the Centers for Medicare and Medicaid Services Regional Office in San Francisco. Dr. Thompson is board-certified in Internal Medicine and Preventive Medicine. She also holds a master’s in public health and a doctorate in health policy. Throughout her career, Dr. Thompson has focused on health care quality and access with an emphasis on prevention.